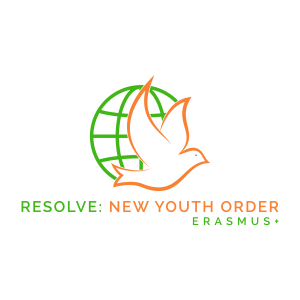 RESOLVE: New Youth Order, provides an opportunity for young people to engage with decision-makers on a local, regional, national, EU and international-basis to share their thoughts, opinions and participate in democratic practices.

Since 1991, with the collapse of the Soviet Union and Yugoslavia, ushered in the ‘New World Order’ resulting in a change of political power and the foundation of 22 new countries in Europe, Euro-Asia etc.

With the Economic crisis, the Refugee crisis and Brexit, Europe is once again facing dramatical change. RESOLVE: New Youth Order, is a dialogue-focused application providing an opportunity for young people affected by these dramatic changes to engage, debate and influence European and neighbouring countries’ decision-makers.

As a RESOLVE programme, it will mobilise a range of reconciliation and peacebuilding techniques to achieve this including:

While also organising a platform of events, meetings and activities for ‘Resolvers’ (a young person) to connect with decision-makers.

The project will include 2 UK-based activities for local UK people and 2 transnational-level activities – one in London, UK and one in Uppsala, Sweden involving young people from: UK; Sweden; Azerbaijan; and Bosnia-i-Herzegovina.

Alternatively, if you have already been involved in a RESOLVE programme,  please email resolve@asfar.org.uk  expressing your interest in the project.