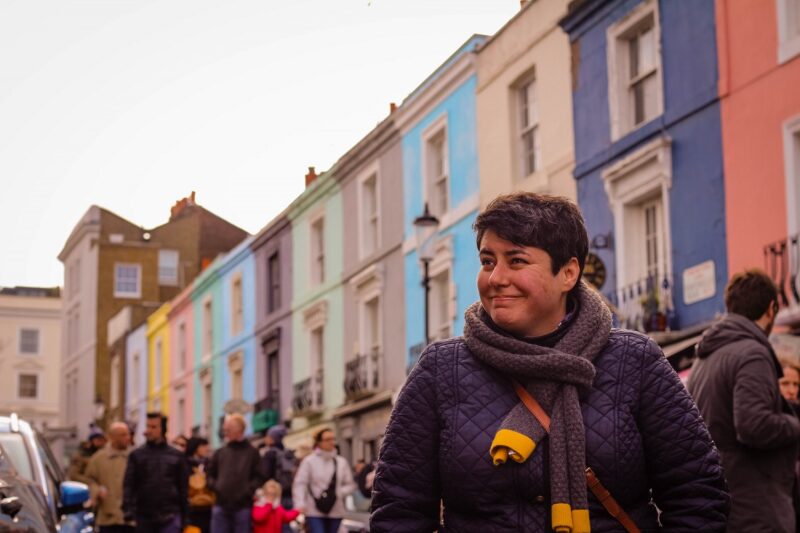 Sheniz is responsible for all of Asfar's international programmes, strategy and overall organisational development.

Sheniz has worked in the Youth, NGO & Charities, Welfare to Work, Social Entrepreneurship & International Development sectors since 2007, for a variety of different organisations over the past 13 years, including: the British Youth Council; House of Commons; Kurdistan Regional Government of Iraq; Liberal Democrats Party; yesMinister; Serco; Westminster Forum Projects; and LITC.

From 2015 to 2018, Sheniz, alongside her role at Asfar, acted as a Project Development Consultant at Rinova, responsible for monitoring its EU portfolio (23+ large scale EU programmes) and project managed and supported a cross ranges of programmes including: Erasmus+; EU Justice; Interreg; Erasmus for Young Entrepreneurs programmes.

Since 2018, Sheniz has focused strictly on Asfar and its partnership network, developing a series of new dynamic learning, employment, skills and social entrepreneurship programmes, including RESOLVE, a reconciliation for development learning programme and the RESOLVE: Network.

In 2016, Sheniz provided key advice to the House of Lords' International Relations Committee in support of developing the UK Government policy on young people in the Middle East. The final policy, the Middle East: Time for New Realism was published in May 2017.

Sheniz has published several articles on the Yörük, tribal communities in Anatolia, Turkey including for the British Association of Turkish Area Studies (from Middlesbrough to the Yayla), and a lecture for the Turkish-Anglo Society (16th February 2010 lecture).

Caravans, Yörük and the Balkan Mountains article in the Asfar e-Journal.

A profile of child marriage in the Caucasus, Asfar e-Journal, December 2017.

Erasmus+ Euro-IVET: Enhancing the quality of initial vocational and education training for young people in urban and multicultural settings.

Erasmus+ REVaLUE: Refugees Empowerment through VET in an inclusive Europe. 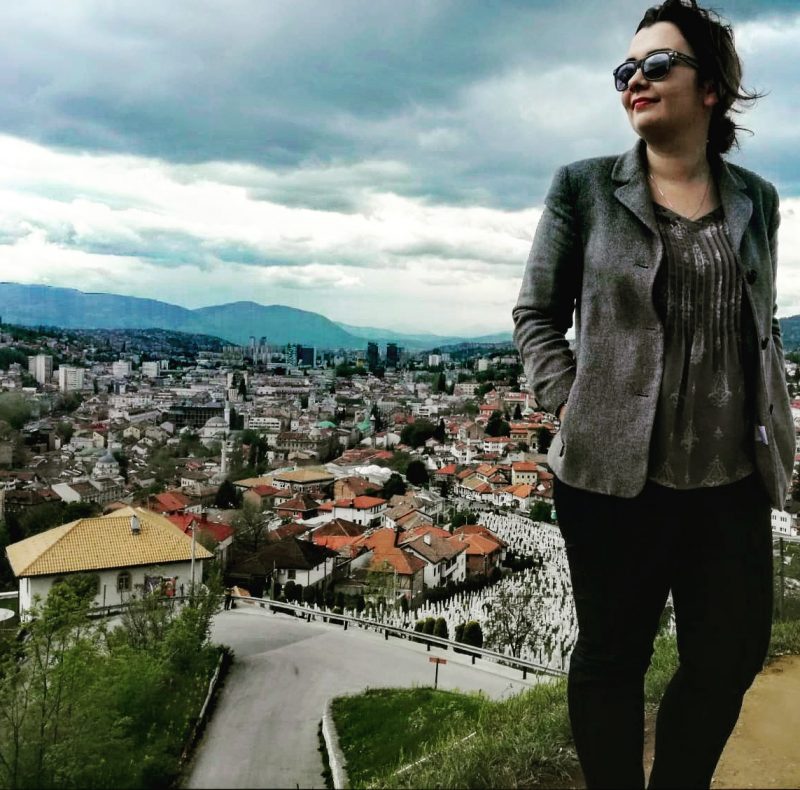 Emina Hasanagić, is Asfar's International Project Manager and is responsible for co-ordinating all key international and Erasmus+/European Solidarity Corps RESOLVE programmes. Emina has been involved with Asfar since the beginning of 2018, when the idea of Resolve began, while working with Asfar's Bosnian partner and organised the first Erasmus+ youth exchange under RESOLVE: East in November 2018.

Emina continued her involvement with RESOLVE, by acting as the Bosnian Team Leader for youth exchanges organised in Tbilisi and London in 2019.

Emina obtained a MA in Management and Organisation from the University of Sarajevo in 2014; she is also an alumni of the Young Women's Peace Academy. From 2014, Emina has been active in the NGO sector as a Administrative Department Manager and Erasmus+ Coordinator for the Bosnian Foundation Krila nade in Sarajevo. Emina participated in different initiatives including IPA, Erasmus+ projects, European Solidarity Corps etc. Emina has diverse experience in administrative and financial management of projects, monitoring of project implementation, partnership management, and also in volunteer management, diversity, peacebuilding and reconciliation.

Emina is the author of the Buildpeace Toolkit for Educators, co-author of the Mapping report about Formal, Non-formal education and Online learning in Peace-building and supported the creation of the Buildpeace Handbook for Learners and Policy recommendations. She contributed to the “Report on violence against children (2018) Monitoring results of non-governmental organisations on the state of violence against children and local level community resources in BiH” by Zdravo da ste and UNICEF;  The “Volunteering in countries of the Western Balkans: Guidelines for obtaining residence permits for volunteers within Erasmus+: Youth in Action and European Solidarity Corps” by SALTO and Recommendations for Erasmus+ for Western Balkan Countries by Environment Engineering group in 2019.

Special focus of her work is in providing opportunities for young people to engage in activities that build mutual understanding and reconciliation in the civic, social, educational, cultural and sports domain. Emina was member of the working group of the Peacebuilding Network in Bosnia and Herzegovina for 2 years where she engaged in preparations of numerous activities (e.g. Weeks of Building Peace, Week of Human Rights, Week of Building Peace, Solidarity and Women Rights).  Emina is also one of the founders of the Network of ESC accredited organisations from Bosnia and Herzegovina, Montenegro and Serbia for over 3 years. 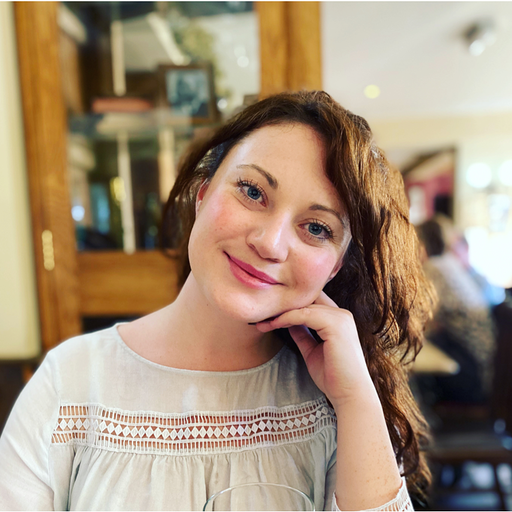 Sophie is our LAB4GE associate and gender project officer.

Sophie has been working in the NGO sector since 2012, through her varied work with diverse groups and communities. Sophie works as a refugee and migrant legal advocate and is qualified in providing legal advice and services around immigration and asylum and protection.

Through her work, Sophie has worked with survivors of trafficking, exploitation and sexual and gender-based violence, through a trauma informed, person-centered approach. She has worked in a diverse range of settings, including prisons, immigration removal centers and refuges, to provide holistic support and services.

Alongside her legal and advocacy work, Sophie has developed and facilitated groups which aim to provide a safe space for women with histories of trauma to create and deliver awareness raising programmes and workshops in the community.

Sophie is currently working with Asfar as well as delivering on a legal project for homeless migrants, to improve access to free, high quality immigration advice, and to create stronger partnerships between advice giving services and homeless shelters.

Sophie’s academic background is in Migration Studies, and she graduated from the School of Oriental and African Studies in 2019 with an MA in Migration and Diaspora Studies. Her thesis focused on the ways in which the hostile immigration policies in the UK directly shape negative perceptions of refugees and migrants in the UK, and work to breakdown relationships between statutory and non-statutory services and the communities they were originally designed to serve. 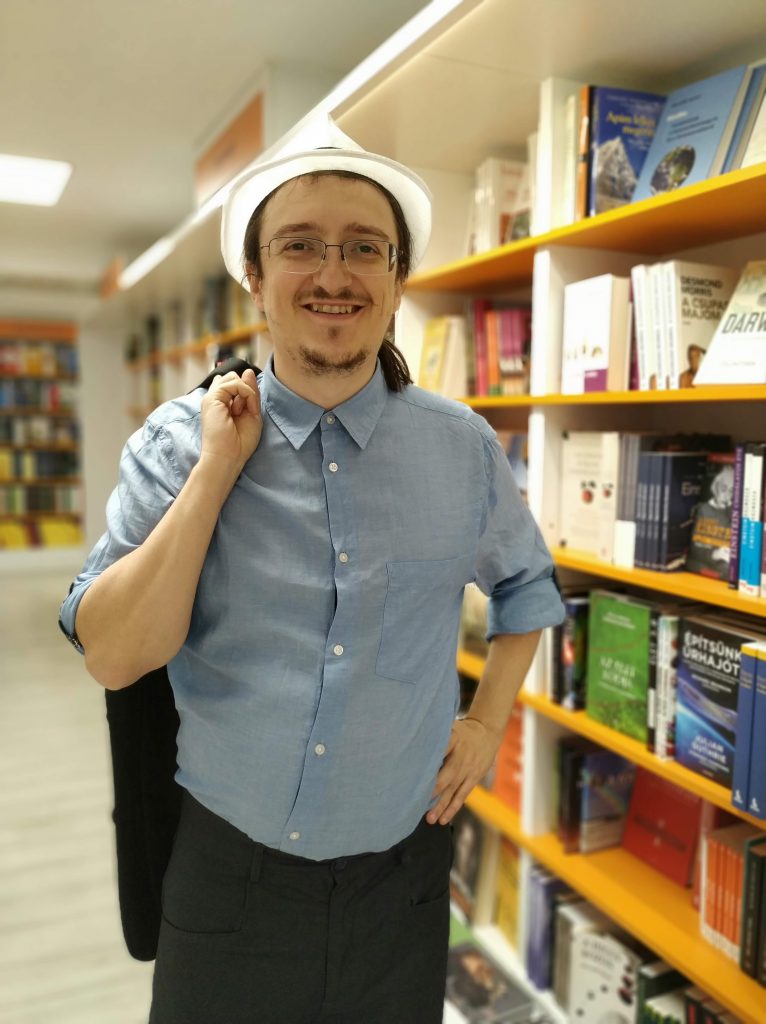 Bruno is an experienced youth trainer, facilitator, coach and mentor.  Bruno is also an international youth worker with over 10 years, with a specialism in informal and non-formal youth work methods. Bruno uses visual interactive facilitation styles to deliver a wide range of engaging training programmes.

Bruno started his career as a Youth in Action programme manager in 2001, moving on to become a group leader at the International Youth Exchange office, Turin City Council. Bruno was also Head of International Activities at Levitazione.

As well as delivering training programmes for youth, Bruno is also experienced in gender equality facilitation, is a qualified Training of Trainers and a European Solidarity Corps trainer for Salto, Hungary. Since March 2020 he has been a member of Guild International Youth Worker Trainers. 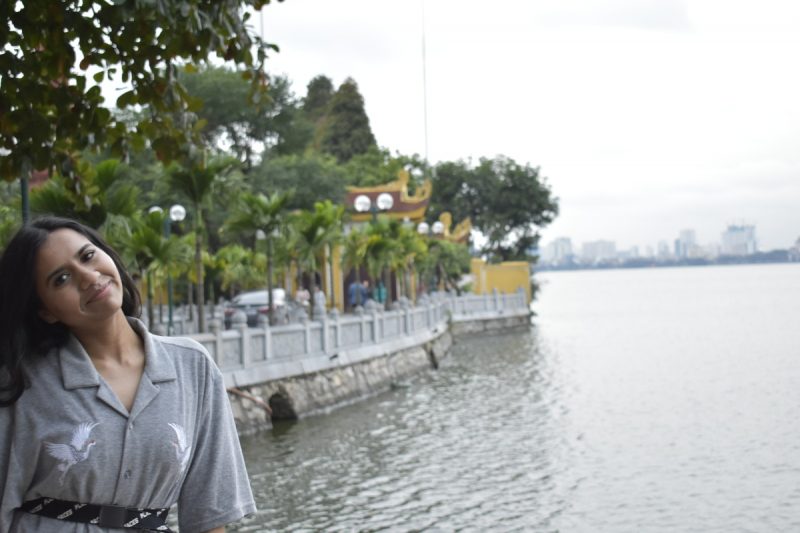 Since July 2021 Rida joined us as an International Project Officer working across international programmes and the RESOLVE: Network.

Rida graduated with a degree in International Relations and Development from the University of Westminster.

During her studies she was part of DEN, a student-led organisation raising awareness on local, refugee and global issues. Due to her enthusiasm for the media she was involved in writing blogs, planning and taking photographs at events for DEN.

Rida is excited to be involved in Asfar, especially the RESOLVE project, Digital Talks and International projects. 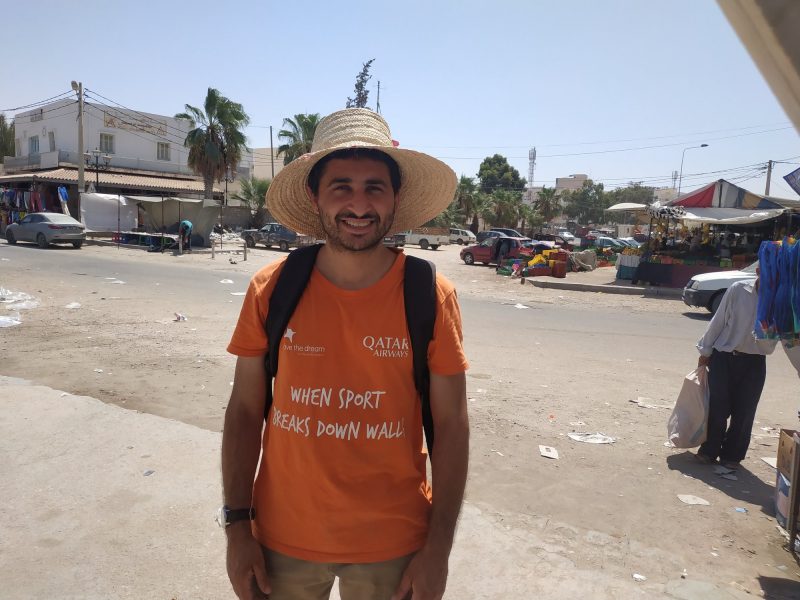 Steven Aiello is Asfar's Project Officer & Dialogue Expert focusing on our International Dialogue programmes including Erasmus+ RESOLVE: New Youth Order and our wider strategic partnerships.
Steven is also an experienced NGO strategic leader and founded Debate for Peace 4 years ago to connect and empower young Jewish and Palestinian leaders in Israel. He has a BA in Economics (NYU), MA in Diplomacy and Conflict Studies (IDC), and an MA in Islamic Studies (Tel Aviv University). He has been involved in Jewish-Arab Model United Nations work in Israel since 2011.
Steven is Jewish and Italian-American, from New York, currently living in Tel Aviv. He has run dozens of conferences and more than 15 international youth delegations. More information about Steven's wider work visit: Debateforpeace.org 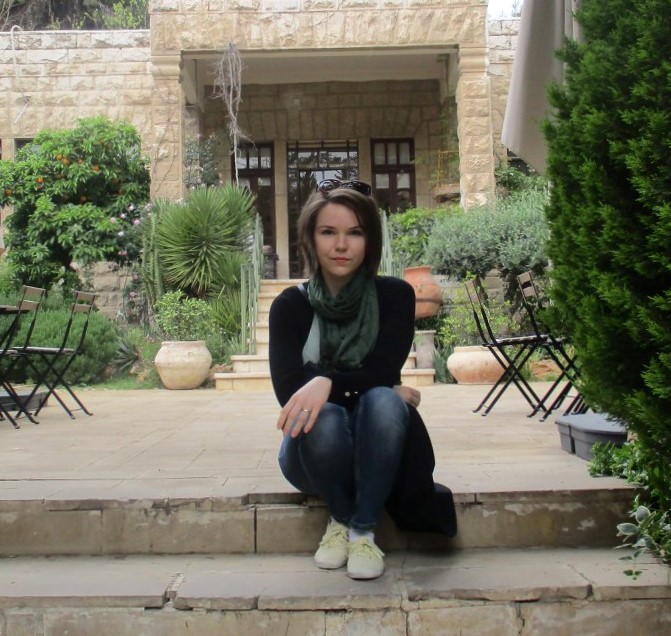 Angelina is the e-Journal's Senior Editor, and has been involved in Asfar’s work since February 2019.

Having first started as an organisation’s Finance Officer, she has recently moved into the literary realm hoping to facilitate broader coverage of diverse, highly topical yet often overlooked themes characterising the Middle East and North Africa.

Angelina holds a BA in International Relations from the University of Exeter and an MSc in Middle Eastern Politics from Birkbeck College, University of London. Her area of academic specialisation is Jordanian domestic politics with a focus on Islamist discourse as well as broader regional developments in the domain of political Islam.

A keen advocate of transnational knowledge exchange and inter-cultural dialogue, Angelina has participated in various educational initiatives aiming to nurture young people’s social and political engagement while encouraging informed debate, be it promoting Politics studies to college finalists; facilitating events on cultural sharing and understanding for international students; or assisting with youth conference organisation at the heart of the EU in Brussels. Angelina’s professional journey has so far been dedicated to project management in the higher education sector, both in the UK and internationally. 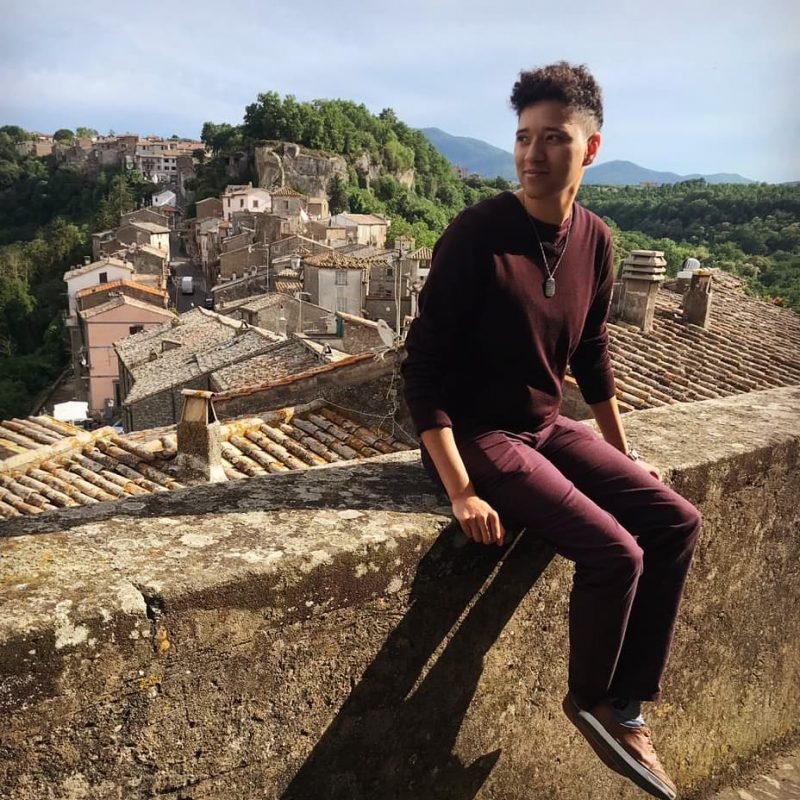 Leo Zbanke, is one of Asfar's Trainers/Facilitators specialising in Creative and Cultural learning.
Born in Moldova, Leo studied social psychology and later turned to film studies graduating from the All Russian State University of Cinematography with a degree in film directing. Since 2015, he has run a production company called Dis Donc Production which creates audio-visual content for governmental and non-governmental organizations.
Since 2016, Leo has been a trainer and facilitates workshops/ training courses on digital storytelling, media literacy, and audio-visual tools, all over Europe.
Leo speaks six languages and his biggest dream is to travel all over the world and create opportunities for young people, making innovative educational and cultural projects.
Leo is a non-binary person who uses he/him or they/ them pronouns, he is involved in LGBTQ activism, writes scripts, and hopes one day to direct/ produce his own movies.